tldr: My electric bill is high in the winter because I use electricity to heat parts of my house. I am using free and open-source software, Home Assistant, and ComEd’s hourly pricing to reduce my electric bill, hopefully by about half. If this system were to be implemented at a large enough scale it could reduce adverse environmental impacts, encourage investment in renewable resources, and provide substantial savings to low-income consumers.

3 years ago I bought a 130-year-old fixer-upper in Pilsen. While there have been countless challenges, getting to play around with the AV and tech in my own home has made me quite happy. As a tech worker and environmentalist, WiFi-enabled light and outlet switches were a no-brainer. When the installation of our complete HVAC system was delayed, we were forced to turn to space-heaters as a temporary solution.

The initial heat was nice. The nostalgia was entertaining too. I still smile at my 6-year-old self. One night I left my new plastic Transformers lunchbox too close to the space heater in one of the more under-heated homes we lived in. I woke up to a melted lunchbox in what looked like an ambush by the Decepticons. This was a crushing disappointment at the time… Hang in there kid, it gets worse! LOL. Seriously though, space heaters can be dangerous and you should follow the Department of Energy’s guidelines.

Following the initial joy came the sadness that was my electricity bill. While using electricity for heat is environmentally preferable in the long-run to natural gas (fracking is bad/renewables are good), in the short term it is very expensive and the effects on climate benefits are highly variable. That’s when the Pilsen Environmental Rights and Reform Organization (PERRO) came to the rescue.

PERRO is an environmental justice (EJ) group that I joined back in 2014. PERRO recently won a grant to educate the public on Illinois’s Solar for All law (IS4A):

Illinois Solar for All provides greater access to the clean energy economy for low-income communities through incentives that help make solar installations more affordable and result in measurable savings for participants.

On November 16th our IS4A organizer, Joshi Radin, organized an event with the Citizens Utility Board (CUB) at the Lozano Library. CUB’s section in the presentation on hourly pricing got me excited. For those unfamiliar with hourly pricing, I’ll use CUB’s explanation:

Illinois was the first state in the country to launch a statewide residential Hourly Pricing program. It offers ComEd customers a new way to pay for electricity, charging them a supply rate that can change on an hourly basis, instead of the standard price that stays the same 24/7.

CUB explained that the supply rate that ComEd charges consumers is $0.05998 per kilowatt hour (or 5.998¢/kWh), while the average price from 2013 to 2018 was 3.17¢/kWh and the median price was 2.7¢/kWh. (There is an additional 1.226¢/kWh transmission services charge). The explanation for charging 5.998¢/kWh instead of 3.171¢/kWh is that it is necessary to accommodate for spikes in demand. [I will exercise some restraint by not commenting on the recent federal indictments into the alleged corruption at ComEd.]

When I heard about hourly pricing I realized that I could use my programming skills and some open-source software to save some money and the planet!

As a privacy and open-source software advocate, I chose early on to use Home Assistant (HA) because: 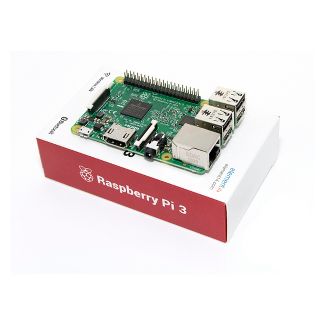 I initially used HA to compensate for the fact that control of my wifi-connected light switches and plugs was only available from an app and not from my computer. HA solved that quickly.

I then added a NetAtmo Weather Station to measure indoor and outdoor temperature and humidity. HA gave me the ability to visualize that data to my liking.

When the cold hit, I connected a cheap space heater to a wifi switch and used the NetAtmo temperature readings to create a virtual thermostat within HA. This gave me fine-grained control over the scheduling and temperature settings of the space heater. When I found out about the ComEd hourly pricing, it all clicked. I immediately signed up for hourly pricing and, while they say it takes 1-3 billing cycles, I was enrolled in about a week. Before I enrolled, I checked and was thrilled to find out that some anonymous hero had already created a ComEd integration within HA.

It took all of a few minutes to have my WiFi switches turn off my electric heaters and beer fridge automatically when the price exceeds 6¢/kWh. This guarantees that my electric bill will always be lower than it was previously. Given that rates are occasionally negative, my next step is to set my energy intensive appliances to turn on (if they aren’t already) when rates go so low that it off-sets the transmission services charge; i.e. I actually make money by consuming electricity when the price goes below -1.226¢/kWh! That hasn’t happened yet, but I’ll be ready!

Given enough interest in this setup, I will write up a minimal, reproducible example of my HA code. In the meantime, here’s my HA dashboard as it stands today:

Saving the Planet, Saving Ourselves

A year ago at this time PERRO was holding a meeting with the IL EPA. They wanted to grant a permit to the NRG company to continue operating their peaker plant. It came as a surprise to many in the neighborhood that part of the shuttered Fisk Plant was still operating. It was a major victory for many activists to finally get the last urban coal-burning power plant in the US shut down. The last mayor, with help from a certain local environmentalist, launched his reelection campaign by highlighting his part in its closure. We came to find out that this diesel turbine continues to operate in our EJ community during the most energy intensive days, which also happen to be some of the worst air quality days in the city. We filed comments against this permit on technical and moral grounds. While we were promised replies in weeks or months, it’s now been almost a year since we’ve heard anything substantive.

The hourly billing program was introduced back in 2015 and as of now has not been very successful:

uptake of [the hourly billing] program has been low so far, with only about 26,000 — less than 1% — of the utility’s 3.5 million residential customers enrolled

Because of this ComEd will be piloting a time-of-use rate program starting in 2020.

My hope is that if we can get a significant number of people to sign up for hourly pricing and get their smart thermostats, beer fridges, and other energy-hungry appliances to turn off when prices spike, then we can help reduce the need for energy production via the very dirty diesel turbine peaker plant, like the one in our neighborhood, from having to turn on.

Moreover, there is an excellent 2015 report by the Southern Environmental Law Center that details the many benefits of programs like hourly pricing in electricity rate design, as opposed to the industry standard/default ComEd billing of higher fixed rates:

I want to highlight one passage in particular:

…high fixed charges inherently penalize low-use customers, who are often low-income customers, apartment residents, or small businesses, resulting in proportionally higher electric bills for those customers. This is particularly harmful for low-income customers and those on fixed incomes, such as the elderly, who are often already on tight budgets and for whom energy costs consume a disproportionate share of household income.

We can help our low-income friends and neighbors, especially those who heat their homes with electricity this winter, with a small investment in basic smart-home automation to not only save money, but to also save the planet. If you’re interested in this project, please reach out to me.